We organize the world premiere for the presentation of the new SEAT Tarraco to the media worldwide, with a total of about 1,000 attendees. The objective was to present it in the city that gives it its name: Tarragona, specifically in Tarraco Arena Plaça, a large multipurpose room converted from an old bullring. It was the most ambitious bet of the Spanish car in recent years, for this reason a world-wide event had to be executed, with a montage and a reveal moment that were up to par.

Developed at the Tarraco Arena Plaça, the assembly completely colonized the circular space with two huge 27 x 9 m screens. that divided the sand into two large spaces: cocktail zone, where all the materiality and furniture breathed the new values of SEAT, and the reveal area with a gigantic screen from which two ramps emerged representing the dual character of the SEAT Tarraco. At the time of the reveal the car emerged for the first time down the ramps at high speed, the music and the images on screen accompanied the hypnotic movement of the silhouettes of two SEAT Tarraco that, rolling, disappeared through the tunnels, and climbed the ramp appearing for the first time to the press.

New technologies applied to the

set design of an event 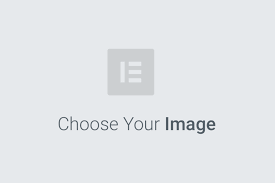